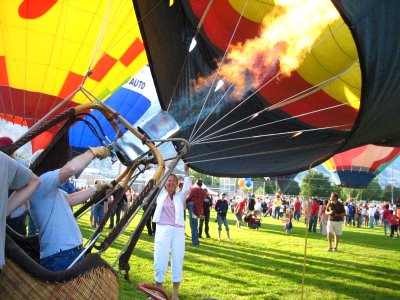 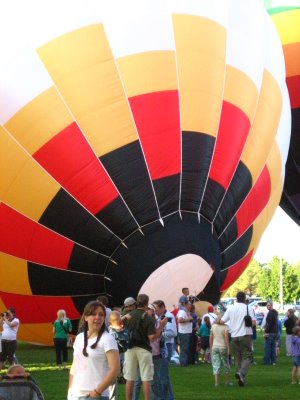 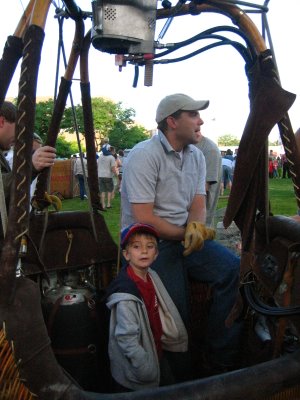 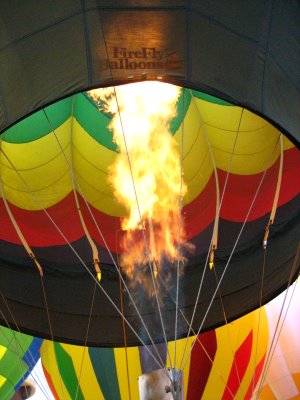 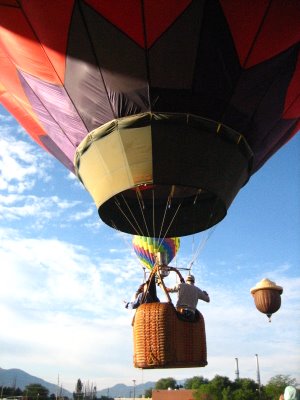 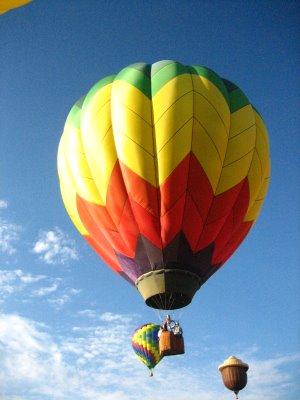 Posted by Chemical Billy at 3:05 PM 4 comments: Links to this post 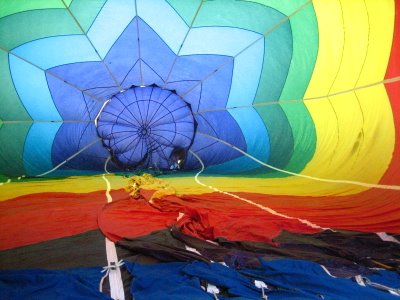 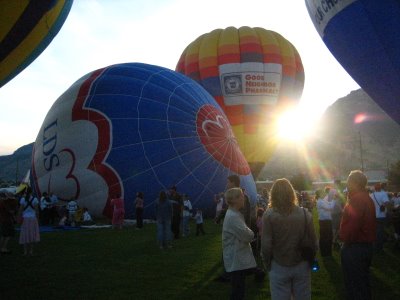 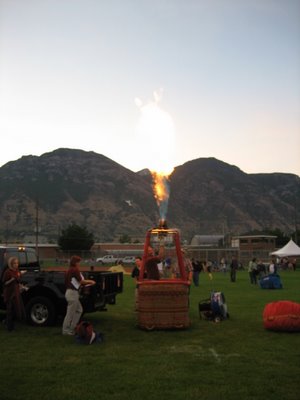 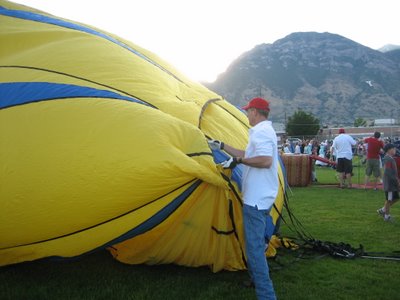 Posted by Chemical Billy at 2:42 PM 7 comments: Links to this post

Mr. Billy and I are just back from a trip to my childhood town of Provo, Utah, strung out and sleep-deprived and sinking gratefully into the freaky embrace of our adopted home of San Francisco.

Every visit back to the old country triggers a spell of schizoid reaction in me, ratcheted up a notch or two on this trip by our timing; we were there for the run-up to the We Are More Patriotic Than You Orgy, otherwise known as America's Freedom Festival. From the baby contest to the Grand Parade (my moment in the sunlight of the Grand Parade was as a flower, waving adorably from my flowerpot on some beauty queen's float when I was six), and climaxing with the - wait for it - Stadium of Fire, Provoans' patriotic fervor gets Bigger and Better every year. 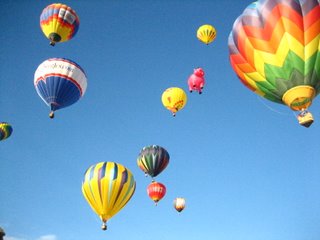 My favorite part of the festival is the hot air balloons, and this year we got to see them up close and personal - more about that in another post.

Mr. Billy and I drove down Center Street (now with a sign touting it as "Provo's Historic Center Street") where I cruised on Saturday nights with my much better-looking friend ("I get the blonde one, okay? You can have the other one." "No way man, I got the plain one last time..."). On the left is a fountain I jumped into on a hot summer night, just after breaking up with my boyfriend. To the right used to be the library, where I weekly filled a basket as big as me with books to take home. When I'd plowed through every book in the children's section, I was granted a special dispensation to check out any book in the library, the adult section opening to me like paradise.

Just off Center Street to the right, La Dolce Vita is still in business - a restaurant run by a family fresh from Italy in the '80's. I used to read the mother's palm while her glamorous, dark-eyed son translated. In exchange, she gave me rum baba or a heavenly slice of pizza. To the left is NuSkin Plaza, shiny monstrosity plopped in the middle of the older buildings, a creepy, larger-than-life sculpture out front of kids, faces stretched into leering grins, flying around a globe. Mr. Billy says it reminds him of Soviet-era art.

The left side of the street is blocked off for parade preparations.

Mullett Hoover is still around, but Art's Shoe Repair - where Gary Gillmore used to work - is under new management. Gleaming bicycles wink at passing kids from a rotating platform in Bingham Cyclery.

I think it was during the first Gulf War that 200 West was renamed Freedom Boulevard ("Because the more we use the word freedom, the more we can curtail yours!"). The building where I used to take ballet is empty and derelict, paint peeling away like leprosy.

As we ramp up the freeway, I spy a small, hand-painted sign that reads, "Iglesia Cristiana." When I look in the direction the sign points, all I can see, as we speed by, is another LDS chapel.

I'm remembering the 4th of July, another year. My dear friend Geo used to live, with other students, in a big old house on Center Street. After the parade went by, Geo tied a stars-and-stripes bandana to her head, and led us on our own parade down the street. We marched with Geo in the sunlight, singing and whistling, waving at the remnants of the crowd as they packed up their blankets, and balloons - escaped from sticky kids' hands - rose quietly into the sky.

Mr. Billy and I are driving north on the freeway. "Escape the World," says a billboard.

Welcome to Utah.
Posted by Chemical Billy at 12:09 PM 6 comments: Links to this post