A failure of imagination

The movement of the historical moment beneath my feet has shut me up lately. I chose early on to make this a literary blog, not a political blog, but every time I begin a post, all I can think about is politics. So let me get this out of the way.

I was moved and exhilarated at the election of Barack Obama a few weeks ago. The next day, however, that joy was tempered as it became clear that Proposition 8 was going to pass here in California. This particular issue was deeply personal for me.

I was raised LDS, and I am still officially a member of that church, although I have been inactive for many years. My family and many of my friends are active members in good standing. Watching the church of my birth and my family put so much energy into the passage of this proposition has been painful.

Maybe it is a failure of imagination on my part, but despite my best efforts, I cannot see the compelling reason to strip away the right of gay people to marry.

"They" are not so different from you. Gay people want the same things straight people want (and have the same wide spectrum of wants as well). Did you grow up dreaming of being married? Did you imagine what your wedding dress would look like? Did you pick out your colors and flowers before you ever met your intended?

Now imagine all of that is true. You are still you, having the same dreams you have always had. And you meet and fall in love with the person you want to spend your life with, the person that all those fantasies centered around. But the person you love is someone the world around you says is someone you can't marry. Maybe there are a large number of churches (though not all) who believe it is a sin for you to love that person.

Does any of that change your wishes? Do you choose to be untrue to yourself and your love, and try to love someone the world approves of?

Do you foist a false marriage on someone you don't love, you can't love, in order to gain the approval of the world? (And what, then, have you done to the innocent other in this false marriage?) In order to obtain full citizenship in your society? Or do you quietly remain single and humbly take what crumbs the adults will allow to fall from the table?

Why is marriage important? Because marriage is the only way we have to choose and build our own family. We are born into a family, or we may be adopted into one, but when we marry someone, each party is freely choosing the other. A marriage makes the person you love legally your kin. No other civil contract can do this.

For those who believe in the words of Jesus Christ, it can be said simply: "Do unto others as you would have them do unto you."

How would you react if a large group of people put vast amounts of money and energy into forbidding you to marry? Whatever else they may say, how loving would that seem to you?

Maybe my imagination has failed if I am unable to place myself in the position of the people who vigorously campaigned to make unlawful the marriages of many of my close friends, but if so, mine is not the only failure.

The ability to truly empathize is, I think, essential in a just society.

And here is where I see the problem of bringing politics in, because I can't end with just one issue. The prop 8 issue hit me close to where I live, but this should hit everyone:

5 at Guantanamo Ordered Released
Five men have been imprisoned and tortured by our government, and thus by all of us, for no reason at all. That we have allowed this to happen tells me that we have so very far to go. That we can, collectively, say that these people "deserved" this - that anyone "deserves" torture and no hope of justice - tells me that we have managed to convince ourselves that they are not people at all.

I'll go back to the way I usually write here. I can't write well or coherently about politics directly, but I hope that, at the bottom of every post, every little encounter I record, someone can see the fundamental reason I write: every human being is an individual with a soul. If your heart can beat for a moment with someone I see on the bus, maybe it can also beat with a man in a cell who has never seen his daughter, with a boy who dreams of being married one day, with a woman who wants to hold the hand of her wife in the hospital.

Update: I want to make absolutely clear that what I am talking about, what Prop 8 was about, is civil marriage. Religions are - and should remain - free to define what marriage means to them. Andrew Sullivan again puts it very well.
Posted by Chemical Billy at 12:30 PM 3 comments: Links to this post 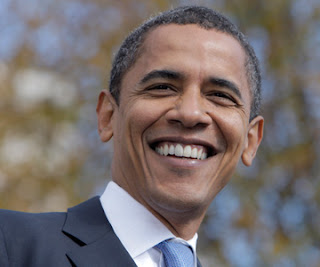 I am in tears. Soon, I'll be dancing in the street!

I think we've done a good thing.
Posted by Chemical Billy at 8:35 PM 4 comments: Links to this post